Objective: In the present assessment, the relationships between the incidence of seizure attacks among a great sample of non-western psychiatric inpatients and prescribed typical and atypical antipsychotics have been probed and analyzed based on the existing data in the literature.

Methods: Razi psychiatric hospital, as one of the largest and oldest public psychiatric hospitals in the Middle East, had been selected as the field of study in the present retrospective estimation. For assessment, all inpatients that had suffered a seizure during the last sixtyfour months had been included in the current study.

Conclusion: Atypical antipsychotics have comparable potentiality, as typical antipsychotics, for triggering seizure attacks, which demands indispensable cautiousness by clinicians when prescribing such a group of medications for epileptic and neuropsychiatric patients. 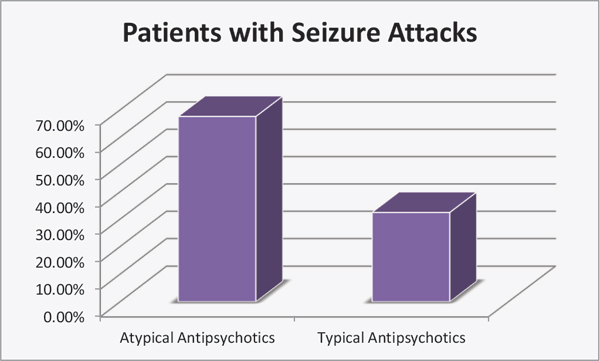